Bosco joined to the Ankeny Police force on November 24, 2015. He is specially trained for tracking missing persons and 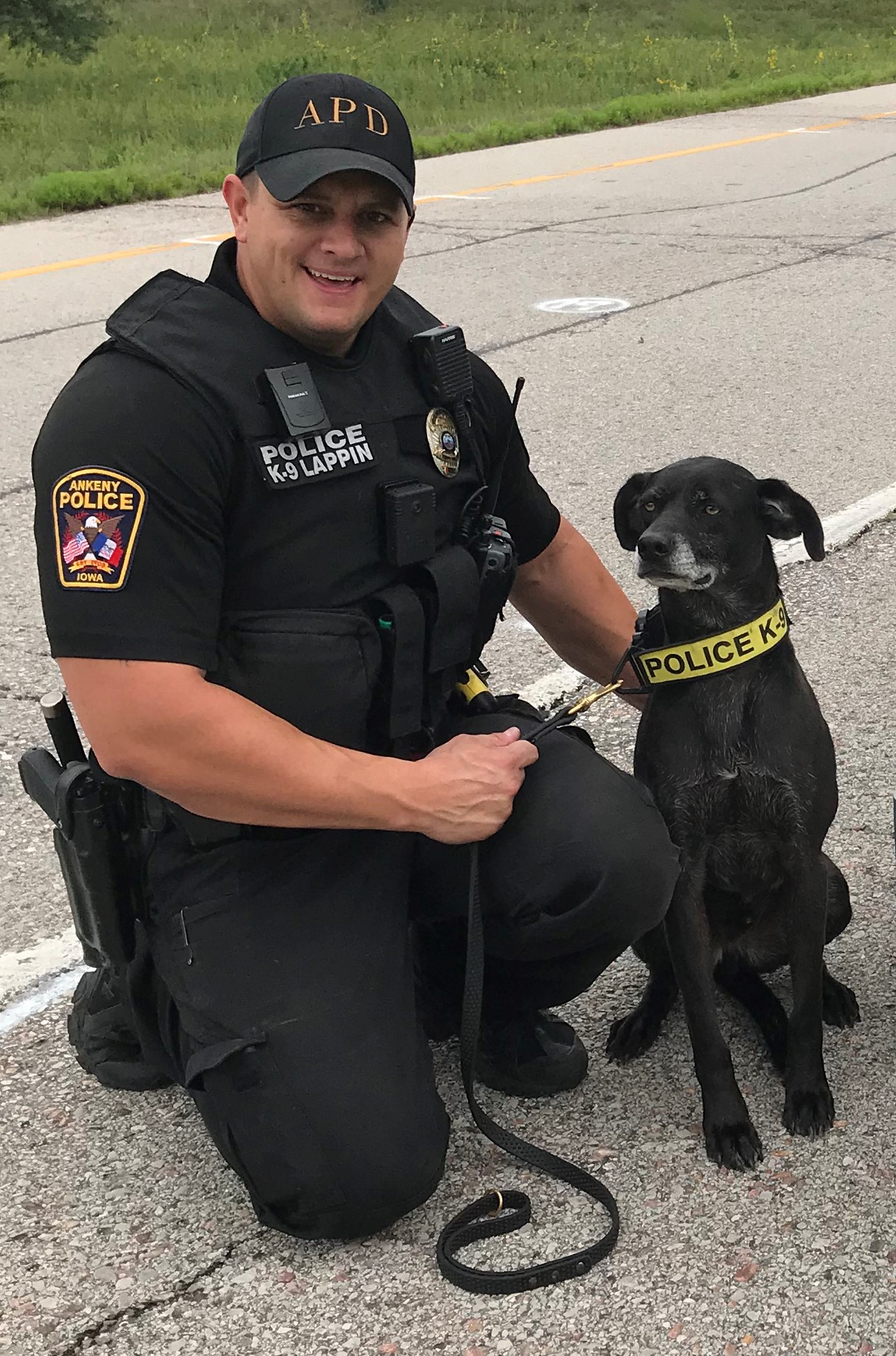 Bosco spent several weeks training with his handler, Officer Lappin. He is certified in narcotics detection and tracking. Bosco and Officer Lappin began to patrol in Ankeny in December 2015.

Bosco is a rescue dog from a shelter in Syracuse, Indiana, where he was picked up as a stray puppy. A trainer at the shelter identified Bosco for having exceptional tracking abilities and alerted a K-9 trainer from Omaha. Bosco was then taken to Omaha and began training to be the tracking dog he is today. It's likely that Bosco's rescue and work assignment in Ankeny saved his life.